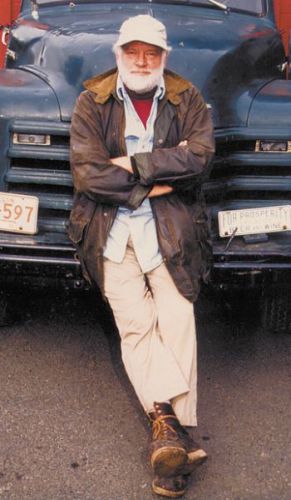 Lett, 69, became an iconic figure in the Oregon wine industry over the course of more than four decades.

A graduate of the wine program at University of California Davis, he came to the Willamette Valley in 1965 with 3,000 grape cuttings. He was the first to plant vinifera vines in the Dundee Hills a year later.

He debunked naysayers, including some of his own professors, who insisted pinot noir, a notoriously difficult grape, could never be grown successfully in the cold, wet climate of Northwestern Oregon.

He and his wife, Diana, established The Eyrie - pronounced EYE-ree -Vineyard in 1966. They named it for the red-tailed hawks that liked to nest in trees at the edge of their first vineyard.

Lett's 1975 South Block Pinot Noir astonished the wine world at a prestigious Paris competition in 1979 when it topped some of France's greatest red burgundies. That accomplishment catapulted Oregon from obscurity into the international spotlight.

Along with a handful of other wine pioneers in the northern Willamette Valley, he started out with limited resources and learned as he went, experimenting, testing year after year, breaking ground for the next generation of winemakers.

Intensely independent and totally dedicated, Lett was engaged in the entire process, from vine to bottle. He kept his annual production at 10,000 cases so he could oversee every drop that bore the Eyrie name.

He epitomized the image of wine as a reflection of personal philosophy, which has become a hallmark of the Oregon industry.

When the trend toward "bigger is better" seduced many winemakers into altering their styles, he resisted, steadfast in his belief that delicacy and finesse brought out the best in a grape with the potential for unparalleled nuance and complexity.

A tasting of all 37 vintages, from the first in 1970 through then latest in 2006, was held last July in honor of Lett's retirement. Attendees marveled at the depth and complexity exhibited by many of these extraordinarily long-lived wines.

Lett is survived by his wife, Diana, and two sons, David and Jason. Jason assumed management and winemaking duties at Eyrie Vineyards in 2005.