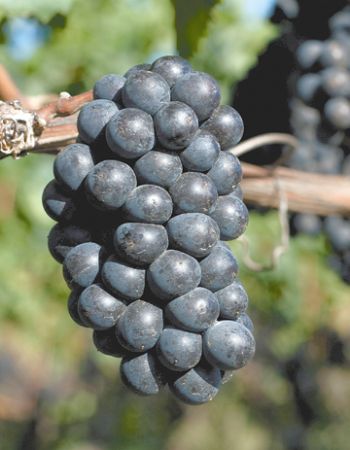 Modern winemaking in the Willamette Valley dates back 40 years with the genius of three UC Davis students who believed Oregon was an ideal place to grow cool-climate varieties.

Between 1965 and 1968, David Lett, Charles Coury and Dick Erath separately forged their way to the north Willamette Valley despite negative rumblings from their college cohorts who told them growing winegrapes in Oregon was impossible.

The pioneers proved their peers wrong, as the Willamette Valley is now recognized as one of world’s finest wine regions, growing world-class Pinot Noir, Pinot Gris, as well as other varietals.

Location: As the largest Oregon AVA at 5,200 square miles, the Willamette Valley encompasses the drainage basin of the Willamette River. It runs from the Columbia River in Portland, south through Salem, to the Calapooya Mountains near Eugene. The Coast Range marks its west boundary, and the Cascade Mountains mark the east.

Historically nourished by forestry and farming, the area now known as Yamhill-Carlton has a relatively recent wine history. In 1974, pioneers Pat and Joe Campbell started Elk Cove Vineyards, which produced the first commercial wine in the Yamhill-Carlton area. The area is primarily known for its Pinot Noir.

Location: Yamhill-Carlton is located 35 miles southwest of Portland and 40 miles east of the Pacific Ocean; it includes the towns of Yamhill and Carlton.

Dundee Hills is home to some of Oregon’s most beloved wine pioneers — “Papa Pinot” David Lett, Dick Erath, and Bill Blosser and Susan Sokol Blosser. With the firm belief that cool-climate grapes would thrive, these winemakers and others cleared south-facing slopes to plant many of Oregon’s early vineyards in the region — the first was Lett in 1965.

Location : Dundee Hills can be found 28 miles southwest of Portland and 40 miles inland from the Pacific Ocean. It is situated within an irregular circle of about 6,490 acres.

McMinnville has a long farming history that dates to the mid-1800s, when berry fields, fruit orchards and livestock, especially turkeys, were the norm. All that began to change in 1970, when one of Oregon’s winemaking pioneers, David Lett, bought an old turkey processing plant in McMinnville to house his winery. Soon after, winegrowers began planting vineyards and establishing wineries in the area.

Salem’s Honeywood Winery, just south of the AVA boundary, is the oldest continuously operating winery in the state, bonded in 1933. Long known for their fruit and berry wines, owners Paul and Marlene Gallick now also have an 18-acre Vitis vinifera vineyard in the AVA.

The AVA’s first planting of vinifera was in 1971 by Jerry and Anne Preston, who sold Amity Vineyards to Myron Redford in 1974. Two other vineyards were planted in 1973. Don and Carolyn Byard planted Eola Hills Vineyard, and Jim and Connie Feltz planted their first two acres of Feltz Vineyard.

Location: Eola-Amity Hills is about a 35-minute drive south of Portland, and stretches from Amity in the north to Salem in the south. It’s comprised of 37,900 acres.

By the mid to late 1970s, there was a patchwork of vineyards in the area, including those planted by such modern wine pioneers as the Adelsheims, Ponzis and Paul Hart of Rex Hill Vineyard.

Location: Encompassing more than 100 square miles, the AVA touches three counties (Yamhill, Washington and Clackamas), and yet is only 19 miles from the heart of Portland and 45 miles east of the Pacific Ocean.

In 1980, Harry Peterson-Nedry was the first to plant wine grapes on Ribbon Ridge at his Ridgecrest Vineyards. Two years later, the first commercial vineyard was established with the planting of 54 acres of Pinot Noir and Chardonnay. In 1985, Yamhill Valley Vineyards was the first to use these grapes. Other vineyards were soon planted on this small ridge.